The world isn’t flat, so why do we continue to design and structure our business operations as such squares? One of the common complaints I hear from small business owners, non-profit boards, and plain ole community-led associations is the overwhelming frustration with developing an operations model that ensures individuals time, talents, and gifts are being leveraged to the best of their ability.
To articulate an organization’s structure, groups use an organizational chart. This chart, allows people to visualize the roles and responsibilities of the respective company. It helps to identify who reports to whom, how work should flow through the company, and who has the authority to make the final decision.
Most organizations structure their employees and work functions in a “pyramid” shaped pattern. Not to be confused with the pyramid scheme, but often give the same vibes that the lower an individual is in the organization the less valuable and critical their work is. Engineer Daniel McCallum is credited with developing the present day organizational chart in the mid-1800s (Elizabeth Stinson for Wired Magazine).
The chart is autocratic, typically with one leader or a group of leaders (Board) at the very top that determines and influences the entire organization. with many little subordinates beneath. The form of organizational chart is also limited in visually depicting areas of work-collaboration, which can lead to institutional duplication. Furthermore, the success of the organization is setup to rely on the guidance of one individual, which can be detrimental to the health of an organization when a bad leader is at the top. While its implementation has been critical to creating “successful organizations” and wealthy leaders, it has created tension where individuals and their roles are valued are valued based on their position in the chart.
Think “climbing the ladder” or “make it to the top.” There is a false sense that the higher you move in an organization the more valuable an individual’s work is. However, I believe that a truly healthy and vibrant organization understands that its success is driven by each role that exists in the organization. The person who cleans the CEO’s office, is just as important as the CEO.
As more and more organizations transition to a shared leadership approach and begin to operate with a collective model, we quickly find out that this traditional hierarchical structure of organization is not suitable. First, the chart visually assigns value to certain positions by placing them above or below another position. This contradicts the concept of collective or cooperative building, where all roles have equal value. Second, the chart is limited in identifying areas of collaboration or similarities. This is critical, as technology makes it easier for cross-training and general shared knowledge.
For collaborative or cooperative organizational management styles, the most effective organization structure would be one that clearly articulates the roles of each individual and/or group, shows areas of peer collaboration and group cooperation, and supports the strengths of the workforce. For a quick and easy solution to this, I was inspired by a brainstorming technique that I was taught in elementary school – The Venn Diagram.
Here is an example that I developed for a friend’s non-profit in 2014. 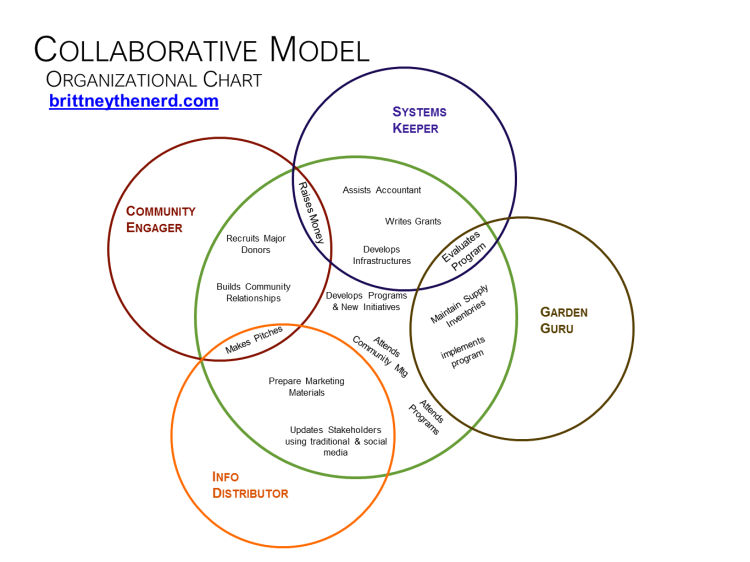 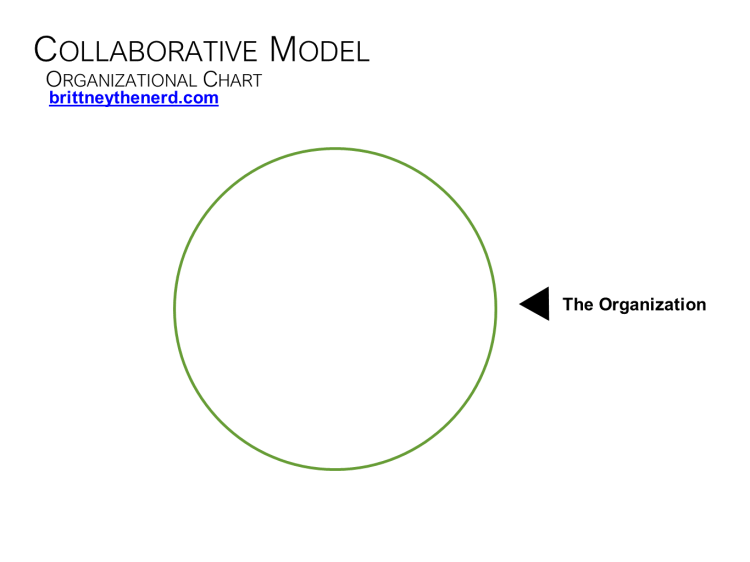 From there, the work functions that needs to be accomplished in the organization are incorporated. What drives the work? What kind of work needs to happen? 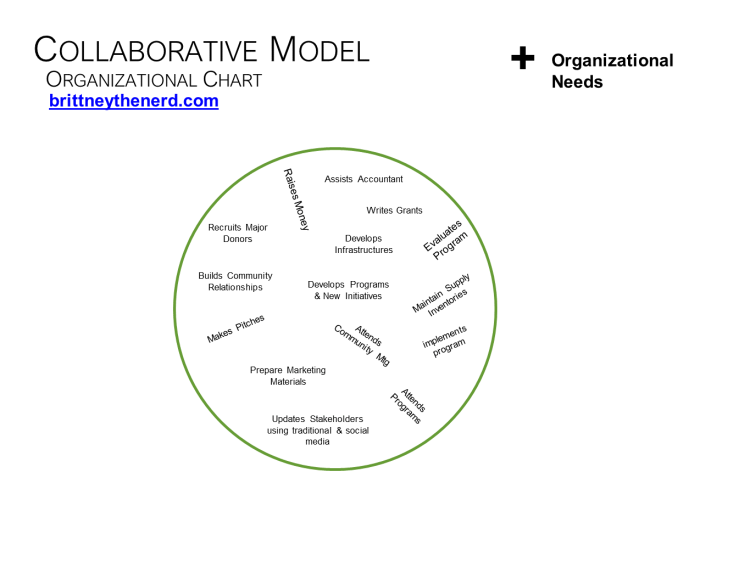 Next, we look around the table and identify whose strengths most closely align with the work that is needed and what commitment individuals are willing to give (Can do will do). This becomes the work and the roles that individuals take on in the organization.

Note that the names for each of the roles very specific. This is because roles focus on the needs of the organization and the strengths of the parties involved.This helps ensure that you have the best people accomplishing their best work, in the best interest of the organization. Also, giving people the opportunity to name themselves, eliminates the expectations that are made for more conventional roles. What happens when an Executive Director doesn’t behave in the manner of an “Executive Director” or when an Accountant chooses to pitch an program? 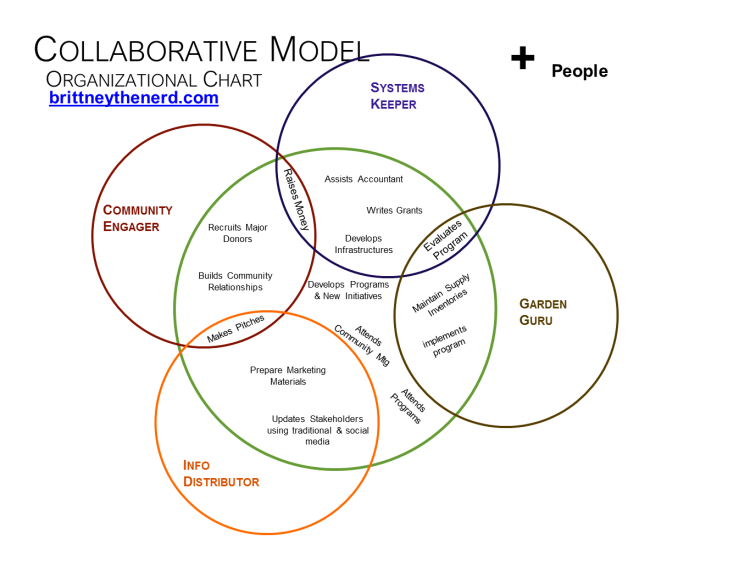 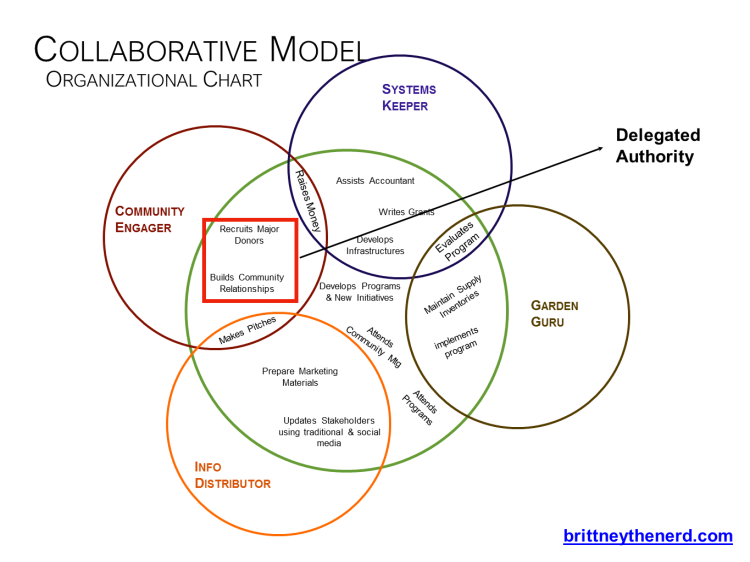 There are areas where two roles overlap – showing areas for collaboration and partnership. 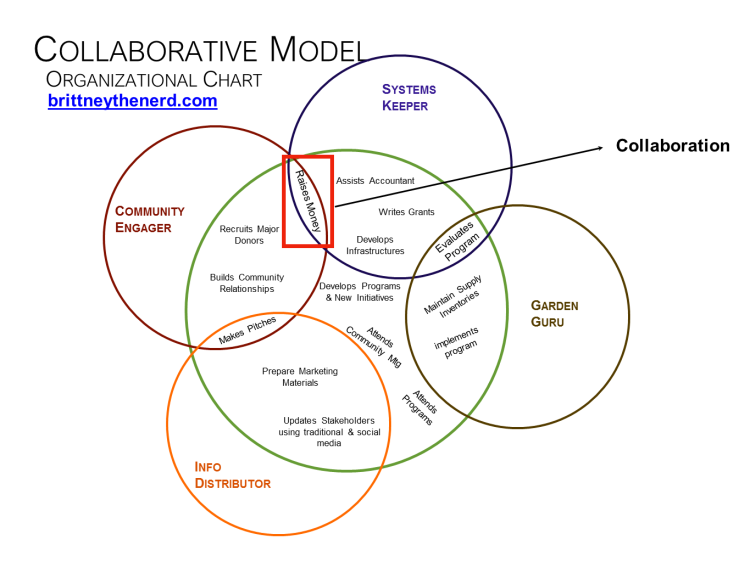 Areas in the center of the circle, represent activities/functions that are innate to the organization that everyone is responsible for doing together. 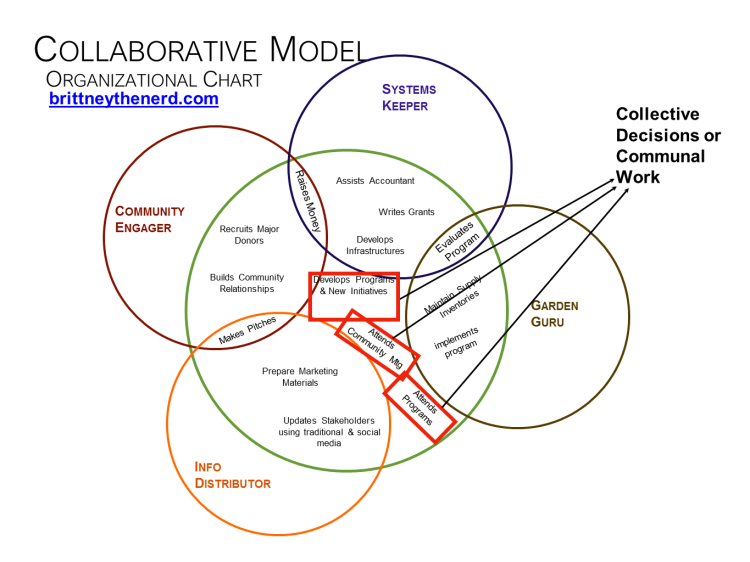 When its finished, the organizational chart looks very similar to an atom and functions more organically when individuals understand they are committed to each other and to the organization, as opposed to one individual leader. This is a model that we have been working to implement in the Cottage City Community Garden and hopefully we can see roll into more spaces.

And then after the original it’s probably this.
After the party it’s the after party.
Take your dog to work Fridays. Pig is advocating for more urban parks and water bowls on sidewalks.
This was a lovely surprise waiting for me on my desk this morning! 15 copies of the December edition of @americanplanningassociation magazine where I was interviewed for a special feature on developing engagement strategies for helping young people get involved in planning and designing their communities for the future. APA is THE professional organization for urbanists, city/regional, and land-use planners, in the United States. As a developing planner, I constantly look toward the organization for best practices, professional development guidance, and emerging trends in all things related to building healthy, whole, and vibrant places. I’m constantly working to integrate new and traditional ways to help people of different backgrounds have more involvement and influence in the future of the places they experience. Grateful that this program and hard work was recognized as a useful practice for other practitioners.
Classes resume in a few weeks. Hoping to make it through these two books before the next semester starts. — 💜💜💜 to @vikthekhemist for the gift. I’m still pushing through.
Since everyone says my Instagram is full of seeds and food.