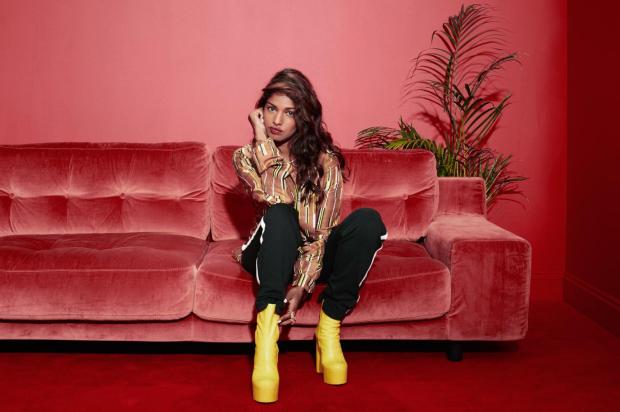 Recently, MIA, made some comments about Beyoncé that has peeved the BHive and some black activists. And boy are they swarming.

I wonder what she made of this year’s Super Bowl in which Beyoncé gave a Black Power salute to the Black Lives Matter movement. She pulls a face. She didn’t see the performance, but doesn’t feel she could have missed anything. ‘It’s interesting that in America the problem you’re allowed to talk about is Black Lives Matter. It’s not a new thing to me — it’s what Lauryn Hill was saying in the 1990s, or Public Enemy in the 1980s. Is Beyoncé or Kendrick Lamar going to say Muslim Lives Matter? Or Syrian Lives Matter? Or this kid in Pakistan matters? That’s a more interesting question. And you cannot ask it on a song that’s on Apple, you cannot ask it on an American TV programme, you cannot create that tag on Twitter, Michelle Obama is not going to hump you back.’

Say What!? Now before you get up in arms…here are a few things to think about.

Beyonce has a unique power and unyielding control over a large group of people. Imagine how her influence and alliance could transform the conversation about immigrant rights and Islamaphobia in the United States? I don’t see MIA’s statement as a call for Beyonce to lead the dance, as some have suggested, but a request to bring her crew to the afterparty.

In fact MIA’s sentiments are not new. Bob Marley was often frustrated that Black Americans (at the time) weren’t  connecting to his music and mission of the global movement.(http://abcnews.go.com/blogs/entertainment/2012/08/bob-marley-wanted-more-black-american-fans-says-son-ziggy/)

When Muhammad Ali decided not to fight in the  Vietnam War and uttered those famous words there were many black Americans  who were upset with him, thought he was arrogant.  But he was able to use his power as the Heavyweight Champion of the world to encourage other black athletes to use their power against a cruel system.

Are we the ones that Harriet would have left behind?

MIA’s music explores sex work, neo-colonialism, police brutality, militarism, capitalism, sectarian violence, women’s rights, education, and those damned Bamboo Bangers. But a key thing that she has consistently managed to do is capture world stories, and weave them into using connecting strands. Not just in Sri Lanka, but in Kingston, in Darfur, in Baltimore,  and in Luanda.

One thing that my trip to Havana, Cuba revealed is that Americans, particularly Black Americans are isolated from what is going on beyond the wall. We are excluded from the cultural, artistic, and political awakening that is inspired in part by our activism, our music, our art,  our writing, and our research.  It is not because our presence isn’t wanted, but rather because we have willingly chosen not to participate. The world’s fight isn’t our fight.

We cannot see our own liberation, until we understand that our freedom is intertwined with the freedom of “those outsiders”. Acknowledging that others are oppressed, advocating for the liberation of others, and identifying that your (my) behaviors may indirectly impact others, is not saying that Black Lives don’t  Matter.

Anyone who really knows me, knows that MIA is one of my favorite musicians. Twelve years ago, I stumbled across a funky music video where a woman was rapping about trapping on burner and running from the police. I was 17, The Wire was the greatest show on air, that no one was talking about, but I was watching both.

That song was GALANG by MIA. I fell in love, copped the album. Arular became my rotational album when I was leading voter registration drives in some of the most impoverished areas of Prince George’s County.

When MIA dropped her sophomore album, KALA, I just returned from a trip to Tulum. While traveling to the Mayan temples (we had the chance to study with a Mexican priest) my traveling companions (sister, 2 cousins, and driver who was a student at the Local university) were pulled over by the Mexican army. AK-47s were drawn, the car was searched. All parts of the car was searched. 4 black women, on Mexican man. They thought we were smuggling drugs, as this is “standard procedure” between Tulum and Cancun because of the high number of American tourist in Cancun. This incident helped me better understand how American actions, in this case drug usage, made life for my kindred in other places more difficult.

Her music was contextualized that much more. What is imperialism? What is capitalism? How has my oppression been tied with the oppression of others? How have my patriotism and actions impacted the lives of others? Where is my mind? Who made me like this?

To help people better understand the artistry and activism of MIA. I’m posting a few pf my favorite songs and videos.